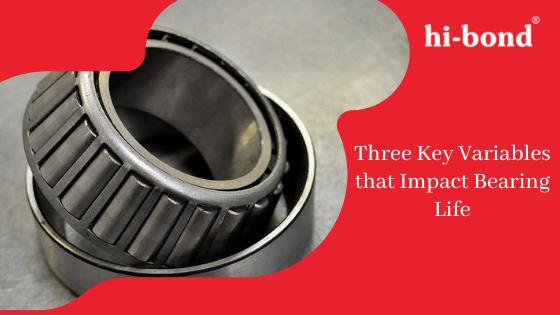 Bearings are one of the most fundamental elements of contemporary machinery. From roller-skates to aircraft, bearings are present. The relevance of bearing in today’s world is unrivaled.

It is a tiny piece of machinery that assists the rotation of any kind. To reduce friction in bearing’s motto. If you would pick 100 pieces of diverse contemporary machinery, at least 95 of them would be equipped with a bearing.

When a piece of machinery is so relevant and used at scale, longevity is a non-negotiable factor. The life of a bearing is vital for obvious reasons.

Hence, let us understand the key variables that impact the life of a bearing. Any bearing manufacturer? Take note.

The operating temperature of machinery is one of the main determinants of the bearings’ life. In brief, the higher the temperature, the lower the battery life. This equation is developed based on several factors.

The heat generated by the friction is known to cause thermal expansion of the minute components of a bearing. This expansion is seldom accounted for, during the making of machinery. Hence, the inconsistent expansion furthers into conflicting levels of stress on contact.

Likewise, if the cage or the retainer is weakened due to inconsistent expansion, the scope for wholesome failure is high.

As the temperature increases, the viscosity of the lubricant turns too low, also impacting the bearing life. Similarly, the lubricant’s life i.e. generally grease is reduced by a large margin. 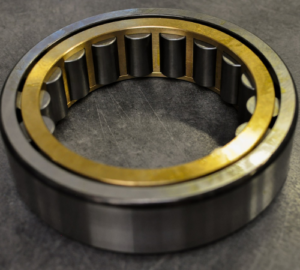 On the contrary, low temperature is a potential drawback. The viscosity of the lubricant increases drastically. This means we can expect increased torque and skidding during the bearings’ movement. While the temperature lowers beyond an extent, the seals of the bearing lose pliability. This can result in lubricant loss and undue entry of contaminants.

All these factors are dependent on the estimated operating temperature of the machinery. To align this with the exact type and design of the bearing is of paramount importance.

A facet of bearing that many a bearing manufacturer fails to observe is its internal clearance. Be assured of its tremendous impact on the bearings’ life.

What is the Internal Clearance of a bearing?

The major effects in a bearing that influence internal clearance are:

Note that internal clearance can be chosen and utilized for maximum benefit. Before going to the most optimal choice, let us know the options.

Residual clearance is the decrease in original clearance when the bearing is mounted. The reason for this can be the expansion or contraction of bearing races.

If the residual clearance reduces due to any dimensional change, it is termed effective clearance. Oftentimes, if not every time, this is caused due to changes in the temperature inside the bearings.

It is the internal clearance calculated when the bearing is mounted onto a machine that is rotating under a certain load. Operating clearance can also be gauged by the increase in effective clearance due to elastic deformations. This is a common sight caused due to varied bearing loads.

Ideally, for the best bearing life and quality, internal clearance of zero or slightly negative is advised at operating conditions. However, this can also vary, based on the circumstances under which the bearing is used.

The chemical additives added to the lubricants significantly alter the bearing’s utility and life. NASA engineers concluded that the selection of lubricant is as important as choosing a bearing itself. With a diverse range of chemicals being used, the options are many. To move into the specifics, properties like solubility, cost, volatility must be screened before choosing a certain additive-based lubricant.

Furthermore, the thickness of the film in a lubricant is also a major factor. This study proves that a lubricant with a thicker film reduces the friction generated. This furthers as reduced risk of bearing failure. Hence, considering a thicker lubricant is beneficial, at all times.

For lubricants to be at their efficient best, the temperature needs to be regulated. The most common lubricants like grease are perfect, given their low resistance. They also prevent micro slips, without any extra friction provided. Grease is often chosen for its added advantage of preventing corrosion.

Lubricants like grease need regular maintenance. This helps in enhancing the life of the bearing, while also lowering the risk of bearing failure. To improve lubrication, keep in mind the operational temperature. This has a direct impact on the lubrication and the bearings’ performance.

The reason is, at a higher temperature, the grease solidifies. It occupies more space and increases friction. The core aspect of maintaining mechanical stability during a rotating motion fails, as the grease stiffens. This calls for frequent refilling and maintenance. The science behind the reduced life of grease is when the temperature increases, grease is limited by oxidation and faces evaporation.

These 3 key measures dictate the health and life span of the bearing. Keeping this in mind,
Hi-Bond manufactures high-quality bearings. Their 30 years of experience has ensured the bearings are reliable and affordable at scale. Your one touch away from Hi-Quality Hi-Bond bearings. Here 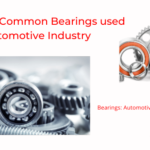 Most common bearings used in the automotive industry